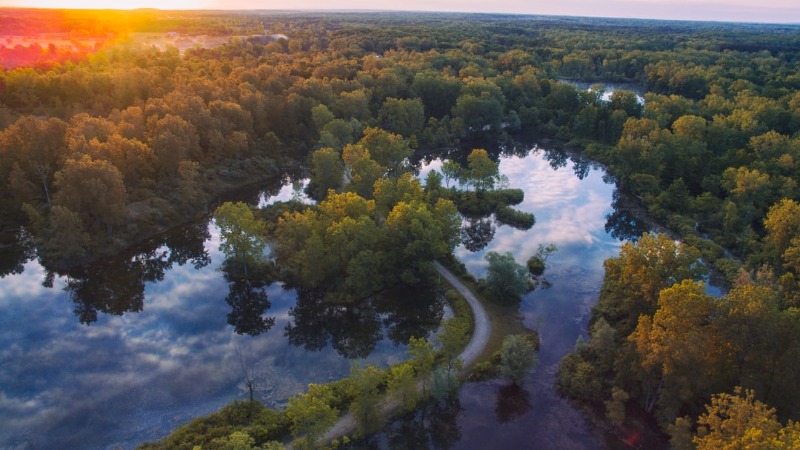 The state of Michigan is home to a number of beautiful inland lakes and rivers. These destinations make ideal romantic vacations and memorable getaways. Michigan is often referred to as the “Great Lakes State”. The name is earned partly because of the amount of water or bodies of water in the state. However, most refer to Michigan in this manner because it borders four of the Great Lakes including Lake Michigan, Lake Huron, Lake Superior and Lake Erie. 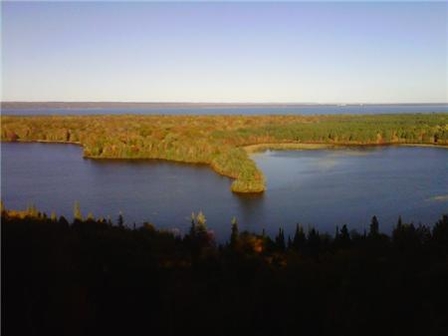 Although the Great Lakes are clearly breathtaking and memorable sites to see, Michigan is home to a number of other fascinating, stunning and picturesque inland lakes and rivers.

If headed far north in Michigan, you’ll want to catch a glimpse of Spectacle Lake. The best view can be had from Mission Hill or Spectacle Lake Overlook in Hiawatha National Forest. In addition to Spectacle Lake, you’ll also enjoy views of Lake Superior, Canada and the Soo Locks. Spectacle Lake is near the cities and communities of Brimley, Mission and Bay Mills. Lodging options close to Spectacle Lake include the Bay Mills Resort and Willabee’s Motel. The cities of Sault Ste. Marie, Marquette and Cheboygan are also just a short drive away.

Michigan’s Torch Lake has received worldwide recognition. It was ranked third on National Geographic’s list of most beautiful lakes in the world. In addition to its clarity and breathtaking hue, Torch Lake is a popular choice for water activities such as boating, sailing, fishing, water skiing and windsurfing. Torch Lake can be best seen or accessed via the villages of Eastport and Central Lake. The cities of Elk Rapids, Bellaire and Kewadin are also nearby. Torch Lake is about a two and a half hours drive from Grand Rapids, and a little over four hours from Detroit.

Known for its clear waters, Gull Lake is another must-see inland lake in Michigan. In addition to its beauty, Gull Lake offers lots of water fun including fishing, boating, sailing, and scuba diving. It can be viewed or accessed from a number of locations such as the Gull Lake View Golf Club and Prairieville Township Park on M-43. Various inns, resorts and private vacation rentals also offer access to the lake. This includes Gull Lake Resort as well as the Gull Lake Inn. Gull Lake is just an hour away from Grand Rapids and two hours from Detroit.

Other beautiful and scenic inland lakes and rivers to see in Michigan include Silver Lake, Muskegon Lake, Higgins Lake and Pere Marquette River.