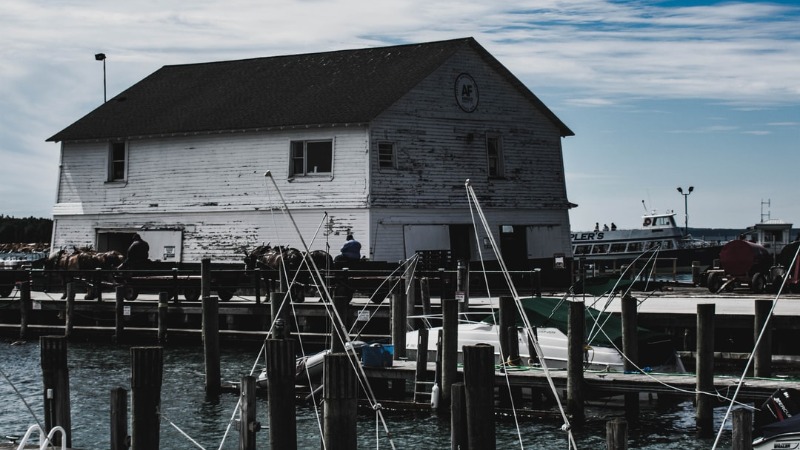 When most travelers think of Mackinaw, they think of visiting the island in the summer. However, Mackinaw tourism continues well into the fall.

Mackinaw Island is an extremely popular vacation spot in northern Michigan. Because winter comes early in that area, most tourists visit the island in the warmer months (between May and August).

If looking to save a little money, the fall might be a better time to visit the island. As the island approaches close of the tourist season (somewhere around late October), many of the island hotels and inns offer lodging discounts. Late season tourists can also enjoy substantial savings at the many local shops on and around the island.

Things to Do on Mackinaw Island in the Late Fall

It might be a little chilly to enjoy some of the normal island activities, unbeknownst to many however, the mid to end of October is a really fun time to visit the island.

The Great Turtle Half-Marathon—Held the weekend of October 24, this annual event offers runners the opportunity to experience a beautiful course covering much of the island. Racers are allowed to walk or run, and a number of prizes and gifts will be given away to participants.
Pre-Halloween Celebration—Also taking place the weekend of October 24, is a pre-Halloween celebration. Activities are planned for both adults and youth. Some scheduled events include pub parties, trick or treating and a wishing stone toss (a Halloween tradition in which participants toss a stone into the water and make a wish).

Other things to do during the weekend include a sightseeing carriage tour, visit to the Mackinaw Island Butterfly House and shopping.

Although some guests choose to fly to the island, most travel via ferry from either Mackinaw City (on the border of the Lower Peninsula) or St. Ignace (in the Upper Peninsula). Most of the ferries run through late October with the exception of Arnold Transit who runs all year round from St. Ignace (weather permitting).

Late winter is surprisingly another great time to visit the island. During the winter season, guests to the island can enjoy an array of winter activities such as snowshoeing, snowmobiling or cross country skiing.